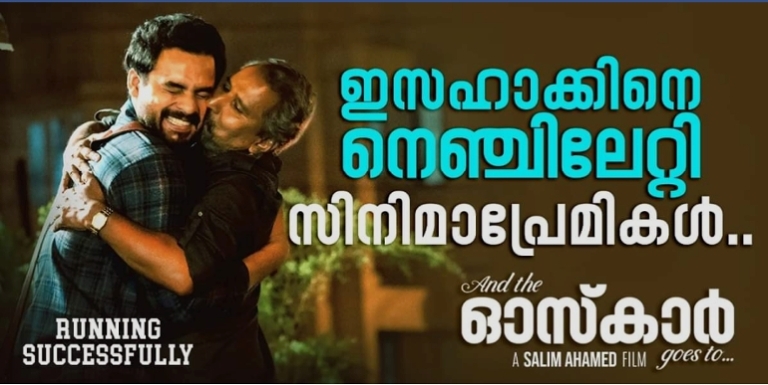 In a scene later in the second half, Siddique’s character, Prince, tells Izzhaak (played by the exceptional Tovino Thomas) that he too was a cinema aspirant but had to give up his dreams for the survival of his family; the interesting part here is how Izzhaak reacts to this revelation, for one second his eyes show surprise and then his face breaks into a slight chuckle indicating an “obviously you did!” kind of reaction. Salim Ahmed’s new directorial venture, And… The Oskar Goes To, may connect well with the general audience for it’s earnestness and a very humane story but the daring dreamers of motion-pictures will see a reflection of themselves either in the (comparatively) victorious hero or the ones who haven’t reached the end-line yet.
The passion for cinema is evident in the movie but where the writer/director shows his brilliance is at including the winning party, the “given-up” party, the hopeful party and the struggling party. Izzhaak Ibrahim becomes different from the lot because he’s brave enough to take the first initiative rather than wait for fortune to fall upon him. Even after receiving a satisfactory outcome, his struggles doesn’t cease as success is a journey and not a destination. Yet, Izzhaak is in a much privileged position and from the heights of his achievements we get a wider look at the grounds of reality. We even meet his still struggling counterpart in a heartbreakingly genuine character played by ‘Vettukili’ Prakash, a man who’s at the verge of self-destruction but still won’t give up his hopes of making that movie he’s been longing to make. Again, the director’s inner good has to be mentioned here as these characters are such overwhelmingly good-hearted people who have risen above hatred and jealousy and can be happy from the heart for a brother’s victory.
The aforementioned “goodness” is seen throughout the film, one might argue that it’s a bit unreal for everyone to be so kind and generous like a house owner who returns his rent money to Izzhaak after reading the movie’s story but this shows the worldview of the filmmaker. He isn’t presenting half-baked caricatures in front of his audience but people who have hearts and souls; and the man evidently sees goodness in his fellow human beings. The director’s previous works are a testament of this attitude too. There are times when you wish this medium, even if it’s an illusion, to be kind to you, and what more can one ask for when a filmmaker takes your heart and fills it with hope.

The technicians work in this harmony too, every actor who appears, the music, the editing and even Madhu Ambat’s camera functioned to capture the soul more than the body. While Salim Kumar is excellent at bringing the vulnerability his character needed, he hides a great deal of pain in his eyes, he also represents the world outside Izzhaak’s wonderland. It takes a level of genius to make people invest in the protagonist’s goals in the field of cinema and conclude it with the fact that by the end of the day, reality is far different from the colorful images. The movie also takes slight digs at politics ( just a picture of Donald Trump at the visa embassy says a lot) and religious superstitions. A work of fiction’s value increases if it makes a statement on the importance of reality.
Cinema is preferred by the masses because it shows us images and sequences that aren’t very possible in real life. It, for at least a couple of hours, will give a cathartic experience that will give an emotional satisfaction as if it was real. Izzhaak Ibrahim’s small and big achievements give us that satisfaction, at these parts the movie is very much a movie but then it takes a few turns which seem so authentic like the point where Izzhaak can’t make that fierce call to fulfill his romance because his success so far hasn’t enabled him to persue her. To wind up, Salim Ahmed’s And The Oskar Goes To is a hopeful fictional reality that has to be watched with eyes and felt with heart. Every one in four people is an aspirant of this magic on screen, even if you haven’t fallen into this temptation, you might have met some of these characters. This film deserves your attention for it opens up a filmmaker’s heart and it’s a victory for the medium itself as it makes it’s own case and also justifies the world around!

When you are making a film on a real-life tragedy, it can be a tricky task to pull off. On the one hand you want to show what happened but there is a danger of dramatizing events too much. But without certain cinematic elements, the film would play out more like a documentary. What is remarkable in Virus is that Aashiq Abu and team are able to find that perfect balance. In a film that is filled with big names, there is no showing off that the actors do. They blend so seamlessly into the surroundings that you believe them as the characters.

The Nipah virus outbreak which took place in 2018 was a very tough time for the people of Kerala and seeing Virus gives people a sense of dread that must have gripped the state of Kerala. One of my favorite aspects of Malayalam cinema is that no one cares about their position as stars. Everyone wants to work for the script and that is their biggest strength. 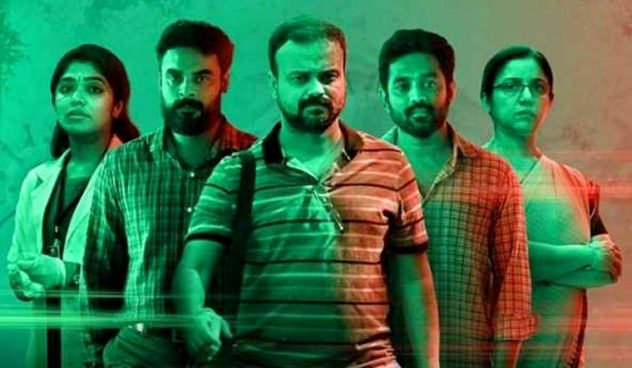 It would not be fair to pick out one name that has performed well. When you have an entire cast that can pull off any kind of role, you are truly blessed. Another pillar of Virus is the technical aspects be it the editing, cinematography etc. A special mention has to be made about the music by Sushin Shyam.

A few people might complain about the length of the film but I was completely engrossed by what was happening on screen. Virus shows that when you have something as powerful as the Nipah virus, you do not have to be showy to get your point across. This is terrific execution of a wonderful script. Somehow through the magic of cinema, the makers are able to turn a situation of fear into hope.