Noah Baumbach is a name that makes me want to watch a film. One of his best qualities is the way he makes his characters speak. This is on full display in Marriage Story as you get to see a real splinter deepening between a couple. What is remarkable about this film is that he’s taken this structure and not take sides. We get to see both the husband and wife make their case for what they feel. This makes the impact hit you with a lot more force. You might be thinking that you’ll have to take a side but even at the end, there is that ambiguous feeling in us. These are just two people who care for each other but don’t have to be together.

For Marriage Story to succeed, a lot of it depends on the quality of acting from the leads. And this is perhaps the single biggest achievement of the film. We get two incredible, heartbreaking and real performances from Adam Driver and Scarlett Johansson. I wouldn’t be surprised if people paused the film if it got too much to handle. I know I did this. You almost feel that its better to watch it on a streaming service than a theater from which there would be no escape. The emotional hits keep coming and at no point do they feel forced. And the beauty of doing this is that you understand where these people are coming from. Their motivations, feelings and actions feel organic and this is quite hard to achieve but Baumbach aces this part of the film.

You can see traces of your own relationship, your parent’s relationship or those around you in these two people. Another good move by Baumbach is that he doesn’t use the emotional impact on the child to manipulate us. Even there, the element of realism present in the child makes us feel so much. The amazing thing about both Driver and Johansson is that they convince you in both the showy moments as well as the more somber ones. These are two actors who are completely in sync with the characters that they play to such an extent that we forget the actors and focus on the characters.

Marriage Story works as a way of telling us that it is possible to love someone but you don’t always have to like them. The cast is rounded off with some solid turns from Ray Liotta, Alan Alda and best of all, Laura Dern. She gets a monologue that is so riddled with truth, it becomes uncomfortable after a point. It is this kind of writing that makes Marriage Story so convincing. We may look at it and wonder why we should feel for these people but Baumbach makes us feel, ache and yearn for all sorts of things. At the end, your not left in a weepy mess but you feel the sense that this is life. As Russell Bufalino from The Irishman might say, “It is what it is.” Baumbach takes a real situation from his life and makes it our own by making us privy to these problems. It is hard to deal with personal material but he does it with real aplomb. And perhaps that is the biggest triumph of Marriage Story. 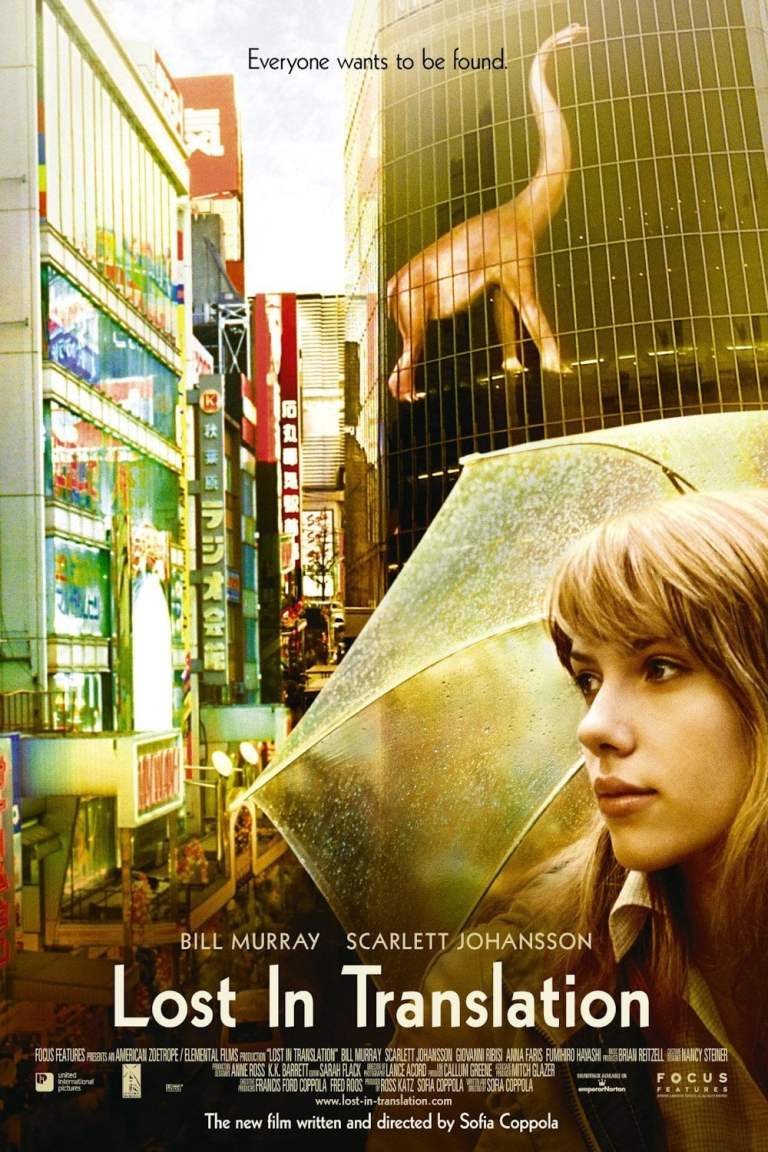 There are many things to admire about the 2003 film, Lost In Translation. The film won its director, Sofia Coppola an Oscar for its screenplay, that is an indicator of how good the film is. It has an amazing performance from Bill Murray in one of his most sombre roles. Ably supported by Scarlett Johansson, the film manages to rise above the usual romantic comedy and it becomes something that is enduring. This is quite unlike the romance that we usually see on screen. What I want to talk about today is the final scene of the film. It has become famous for how it leaves these two characters. It is also notable that the moment I’m referring to was improvised by Murray. A moment that is not suited for people who want everything to have closure. However, it is perfect in my opinion and I would like to explain why.

Just before they part ways, Bob (Murray) and Charlotte (Johansson) meet to share one last moment. Then comes the shot where Bob whispers something into Charlotte’s ear. Now, if you belong to the group of people that wants to know what was said, I don’t agree with you. The very fact that we don’t know what is being said, gives the scene so much more power. It allows us to interpret it in so many ways. Perhaps it was something silly or maybe it was something profound. Either way, we are left with an absolutely memorable moment. We tend to believe that words are what matter but at times, it is just the act of being around each other that gives us happiness. These two people could go anywhere from here. I feel the reason that the film ends on this note is because, not every story needs an end.