When I first heard that they were making a sequel to the much celebrated Drishyam, I was skeptical. I wasn’t sure the film warranted another visit to this world. But what’s most impressive about Drishyam 2 is that Jeethu Joseph takes us back and expands this universe in fascinating ways. That we get to see the repercussions of what happened on that fateful night years go, makes more sense as you keep watching.

This is perhaps the film’s greatest success in that it makes us care about these people once again. And it keeps adding more and more intrigue to what Georgekutty does and what is being done to him. Without revealing too much, there is a point in the film where you feel that the director/writer has written himself into a corner. But the way he gets out of that and connects the rest of the dots is astonishing. It is very difficult to write about this film without revealing too much about it, but I will try. There is so much to admire about the writing here. From the way it brings in new characters, fleshes out this world and finds new ways to play with the central mystery is brilliant.

Mohanlal the actor shines in a few scenes where he lets his face do all the talking. These few scenes give you an idea about the psyche of this man and what he is going through. This is nicely contrasted with the way the way his family’s feelings are more outwardly shown. Here is where you want to sit up and appreciate Jeethu Joseph for infusing something new into these people. Somewhere along the way, you also wonder what you would have done in a situation like this. The director/writer does the right thing by not just sticking to Georgekutty’s family. There are other characters who come into the story and they each have a purpose.

The only issue I had with the film was that it felt a bit slow in the first hour or so. But once everything has been set up, and things start picking up, you are all set for one hell of a ride. Another aspect of the writing that shines through is the attention to detail. This is not just limited to what the police do but even the minor characters are sketched out beautifully. Nothing seems unnecessary or out of place. Even if it does feel like that in the beginning, it all makes sense in the end.

The film would certainly have been a roaring success if it had come out in theaters. But releasing it on an OTT platform gives more people a chance to watch it, analyze it and enjoy all the little highs that it provides. Getting the same core cast from the first part and infusing some new people into the mix adds freshness. So, instead of the story becoming repetitive, we look at it from a completely different angle. If there is one thing I would like you to take away from this film, it would be that exposition when done right can be riveting.

Ultimately what makes Drishyam 2 succeed is that the stakes feel real. This particular element makes the events more affecting. I would love to talk about this film in more detail after a couple of weeks after more people have gotten a chance to see it. That way, I wouldn’t have to tiptoe around the important plot points. There is a lot to discuss but what makes this sequel a true success, is the brilliance in the writing. Sometimes you just have to sit back and appreciate what has happened. And just as with the first part, you will feel satisfied at the end of this one.

By Mahima Nandakumar
TRAILER
Last night, every movie loving Malayali was at the peak of their excitement to catch the theatrical trailer of the Mohanlal starer Lucifer, directed by, probably the world’s most anticipated debut director, Prithviraj Sukumaran and written by Murali Gopi. This film had these waves of elation coming it’s way from the fans since the day the project was announced. And a project of this merit should receive nothing less than this. But Lucifer is special in another way too; be it the location stills, first look and character posters, teaser or trailer, there is a style in the presentation. Let’s look at how the makers of Lucifer have presented their project (please note, a movie that does not need to try hard at all to get it’s audience) in all it’s glory.
THEY MADE US FAMILIAR WITH THE PEOPLE.
The film’s title is ‘LUCIFER’ and it’s sure that the moniker is associated to the protagonist, and that name itself conveys something about the characteristic of the hero. With the character posters that followed, the audience have become familiar with the actors and their roles even before the films release. The film has an illustrious ensemble which adds up to the anticipation.
THE WAY THE TRAILER IS CUT.
Lucifer’s trailer is cut in a very effective manner, you see the story universe, the other characters, a main event (PK Ramdas’s death), a conflicted situation and then the entry of the hero. Also here the “GOD” is taken out of the picture, so it’s “Lucifer” ‘s kingdom. As Stephen says, the war is between Evil and Evil. We are very specially told about the world this story is going to take place. And that’s the success of the trailer. Furthermore, the trailer contains the action and drama that will draw fans in.
THE WRITER’S AND DIRECTOR’S MARK.
Prithviraj Sukumaran is a superstar himself, he has a large fan base and his knowledge and taste in movies is often acknowledged and appreciated by fans and critics; Murali Gopi is arguably the best screenwriter in Malayalam cinema today, he writes screenplays that have substantial impact on the audiences, so when these two minds come together, they are expected to deliver a product of certain quality. With whatever content the team has put out, it is quite clear that the film has a classy look that’s coming from a place of fine craftsmanship.
THE STAR THAT IS MOHANLAL.
In the trailer itself, notice the way Stephen Nedumpally is introduced, his importance in this space is made evident and then there are the classic Mohanlal frames like him folding the mundu and many action sequences. Stephen is an antihero, he is directly put under the Evil category and he confirms it himself. Mohanlal is presented as Lucifer and there has always been a strong impact when a star is introduced to the audience as the character, and especially as a character that can be celebrated.
The makers of Lucifer don’t play around with the film’s buzz, they are working on sustaining it and taking it higher. The film will hit the theaters in a week and, think about it, you know everything you need to know before paying for your ticket. That’s how you present a movie, especially one with a superstar, a line of great actors, a fantastic crew and another superstar helming it all. Lucifer should teach us a lesson or two in placing a mass structure in a substantial story.
Until next time, bye. 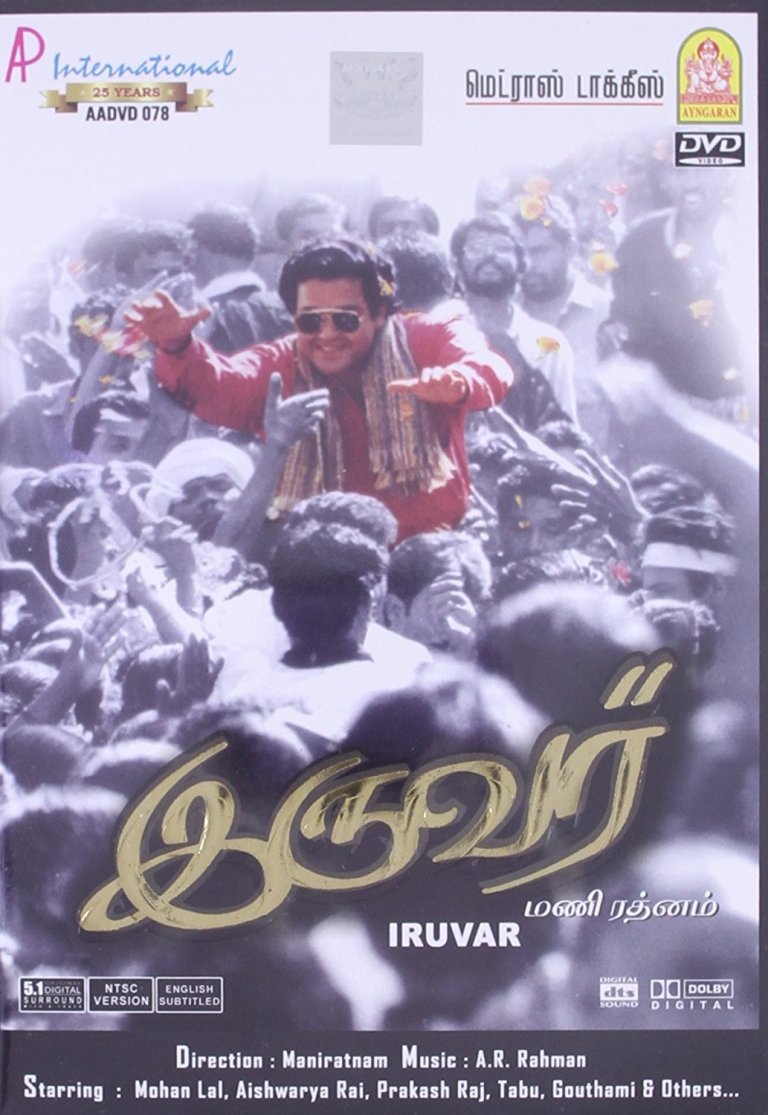 Iruvar is without a doubt one of the finest films ever made in India. It is a perfect mix of art and entertainment that is sure to leave one feeling awestruck at its brilliance. There is so much to talk about with a film like this. One of them is the historical significance of the story it depicts. And if you know anything about the history of Tamil Nadu, you know how important the two protagonists are. Today, I would like to focus on one scene in particular. It is the scene where Mohanlal’s character goes to the office of Prakash Raj and asks to be made a minister. In other words, it is for the fight for power. Not only is it key to the development of the story, the two actors are able show what acting is in just a few minutes.

This expression, I feel, is acting at an incredibly high level. What we see is a man who has his pride damaged but does not want to show it. He did not expect to be rejected for the minister’s post. The scene also manages to show the distance that has grown between the once great friends. Where we usually see them close to each other, the table in the metaphorically shows the distance among them. Though there is only one expression in this picture, the whole scene has the both of them portray a range of emotions with such subtlety that you may miss it. This is not an easy thing to do.

A fascinating aspect of the relationship between Tamizh Selvan and Anandhan is the love and respect they have for each other till the very end. Though their political ambitions end up making them rivals, they remain friends rather than foes. There is a constant shift in power throughout the film. At the end, one feels that Tamizh Selvan’s monologue shows the feeling of powerlessness. Without his friend, he feels lost. This is how the movie ends but we all know how real life turned out to be.