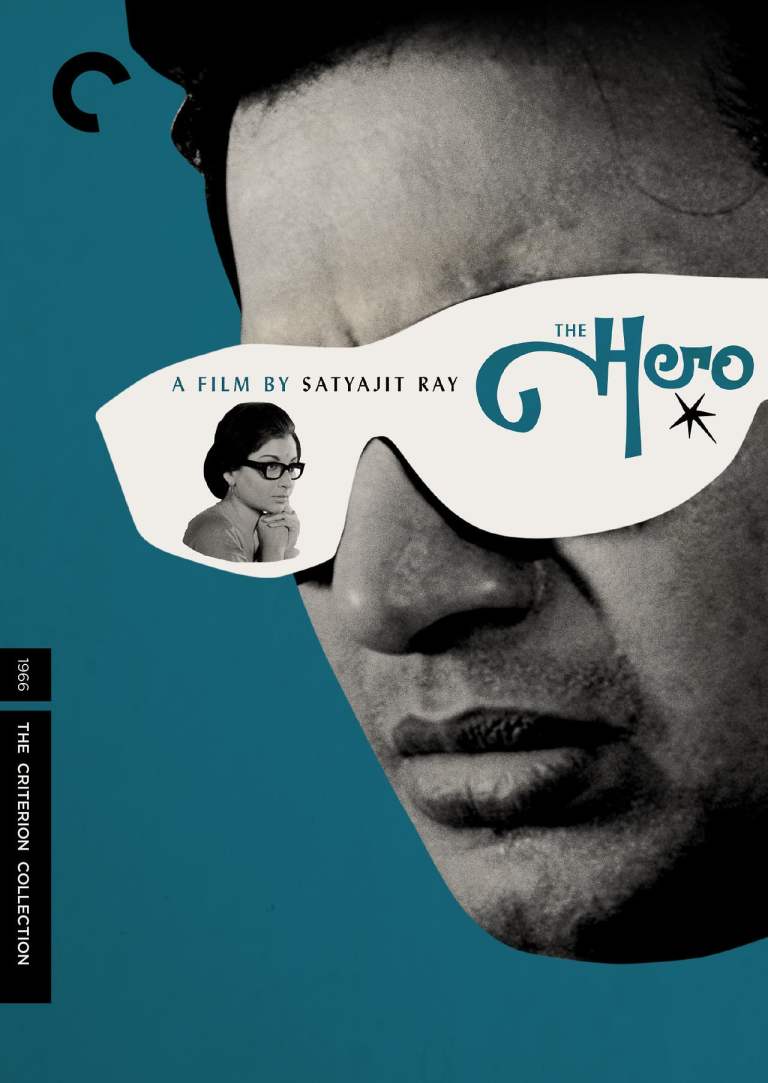 The opening scene of Satyajit Ray’s Nayak does not show the titular hero’s face for some time. We only get to hear the voice of Bengali cinema’s Mahanayak, Uttam Kumar. Perhaps this is Ray’s nod to the power of matinee idols. We do not even have to see them to know who they are. From there, what follows is a glorious deconstruction of an actor and more specifically one that is very famous. My favorite part of Nayak is that Ray never lets Arindam, our hero, lash out at people. Uttam Kumar’s incredible performance seems to have stemmed from a very personal space. Its almost as if he is experiencing the very emotions that Arindam is going through. The beauty in his acting can be seen when he moves from one emotion to another mid-sentence.

Nayak is the story of a man struggling with the decision that he has taken in moving to the movie world. This can be seen in the famed dream sequence. There are many skeleton hands around him but the only real hand is that of his mentor Shankarda. His refusal to help Arindam from drowning in the mountain of money is symbolic of his thoughts on what Arindam has decided to do. Perhaps more than anything else, it is the fact that Shankarda never approved of his choices is what haunts Arindam the most. And it is interesting to see the way Uttam Kumar plays this particular emotion. He is realizing it as we get to know it as well. There is an element of disappointment and then a resigned look at what he has become now. He does not make it seem earth-shattering. This would have been the direction in which others would have gone but not Ray.

Ray is famous for writing great roles for women and that holds true here as well. From the unwilling Molly to Aditi (Sharmila Tagore) the journalist who gets the hero to open up, Nayak is filled with real people. There is a point that Aditi makes saying there is not much reality in Bengali cinema. It is almost a tongue-in-cheek comment on how realistic Ray’s films tend to be. The whole film and even her role is written in a gentle manner. There is no malice in what she’s trying to do. To her, this is just an opportunity to write about a famous actor. But gradually she realizes that this man is opening up because he trusts her. All of this makes her actions at the end of Nayak feel justified.

The final scene of Nayak feels particularly poignant in that we can see what Arindam wants and what he has. When Aditi walks away from the station, Arindam looks at her with a rueful look. Is this him longing for her, or is it him longing for a normal life? My guess is that despite the attention, garlands and all the trappings of fame, he would like to have a ‘normal’ life. The joy of Nayak lies in the way Ray is able to blur fiction and reality all while making use of one of Indian cinema’s biggest matinee idols. Uttam Kumar gets to take on us on a gentle emotional roller-coaster while still maintaining a level of dignity that is aspirational. He makes us feel with him and feel for him. And at the end, when Aditi tears up the papers she had used to record what our Nayak said, we feel a sense of relief. That is the power of an actor and Ray manages to bring out that in a realistic and touching manner.